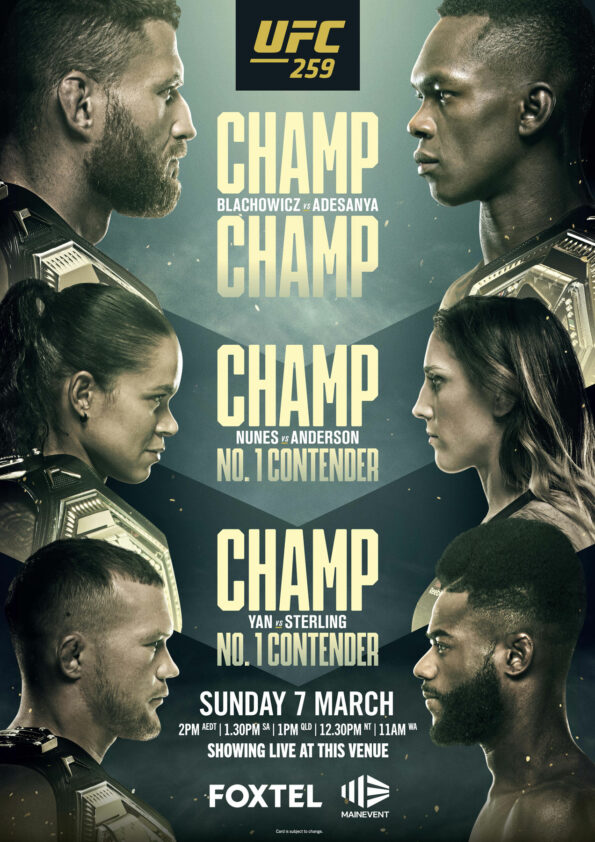 Co-headlining UFC 259 is the fight for the Women’s Featherweight title. Current champion Amanda Nunes will defend her title against Australia’s Megan Anderson.

Round up your mates and book your spot now!